I had a pretty rockin' first trimester of pregnancy. Some would say that I was sick all the time because I was constantly nauseous (unless I was eating: hello 10lbs in 3 months), but I never threw up so I didn't consider myself "so sick." I have met too many women who had to empty their stomachs non-stop- my nausea was nothin'.
Then, all of the sudden around week 13 it started to intensify. In two weeks, I have gone from virtually no sickness at all to not being able to ride in the backseat of a car.
Today was especially bad. I just couldn't keep anything down and I have been so confused. I took the day off from my internship and went back and forth from the kitchen to the bathroom to the couch. Miserable.
Then Scott called and reminded me that I had signed up to bring dinner to a family in our church congregation. Great. Exactly what I want to do.
I made my mom's broccoli cheese soup and gagged the entire time from the smell.
But then something happened. Somewhere between peeling the potatoes and switching my small overflowing pot for a bigger one, something clicked.
Suddenly, I was able to stop my pregnancy pity party and remembered
WHY I had signed up to bring dinner to this family.
Because the mom had had several spinal surgeries, some of which went wrong, and most recently had a morphine drip basically installed in her spinal cord. I had heard she was in a lot of pain, and I had seen her husband at church. Tired. Hopeful- but very tired. I remembered how much my heart had gone out to them. I had daydreamed over and over that day in church that I had gone up and asked if there was anything I could do, but every time the daydream would end with the husband saying something along the lines of: "that's very kind, but we'll be alright."
Then, I remembered how excited I was to get the sign-up list for meals. Here was this poor woman, who in the past had spinal fluid leaking out of her back and I all I had was a few throw-up sessions for one day.
Although I continued to gag through cooking the meal, I became very determined to make the best soup ever. Blame it on the hormones if you want, but I also felt incredibly emotional. How self-absorbed I was all day!
When I got to the family's apartment, I was served ANOTHER slice of humble pie when I was told not to come in because the mom and daughter both had the flu.
What I'm saying is, I was pretty miserable today. And maybe you were pretty miserable today. But I guarantee that somewhere there is someone more miserable than you that could really use a hot serving of broccoli cheese soup. 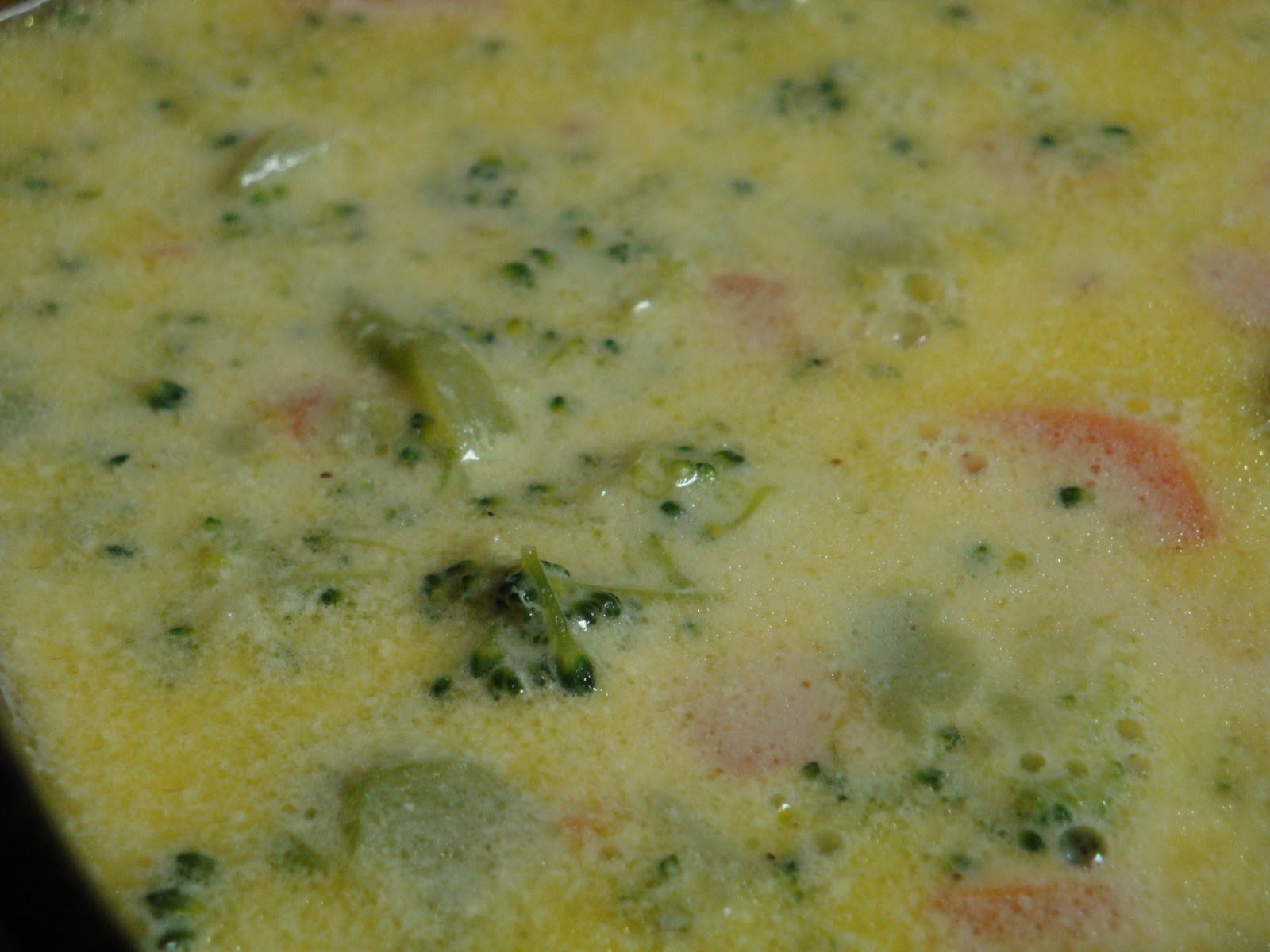