Georgia had a mullet okay? Business in the front, and a sick baby hair party in the back. It was really awful. And I was TERRIFIED to cut it. Once, to save ten bucks, Scott had me cut his hair and we ended up just shaving it all off. I did not want to shave all of Georgia's hair off.

There isn't really any hair dressers here that I trust with my baby's first haircut, so I took her to a place called "Cookie Cutters" that specialize in kids cuts. They assured me that they did tons of first haircuts, and I relaxed. 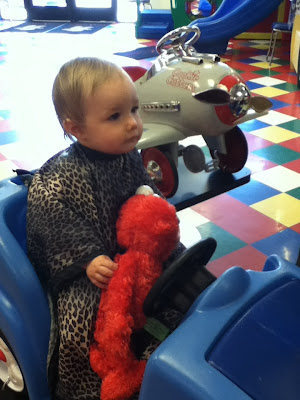 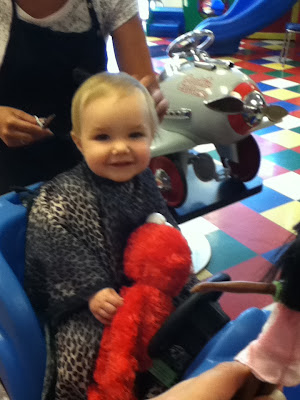 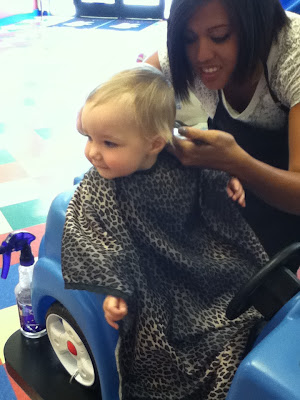 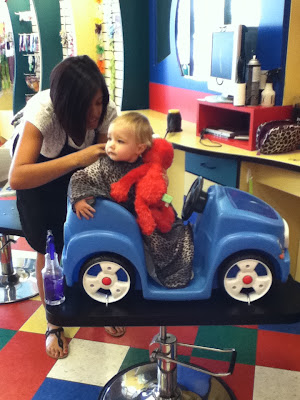 Also, the place looked like freaking Disneyland. All of the "salon chairs" were cars or airplanes or something that was off of a carousel  ride. TV's were set up at each station. 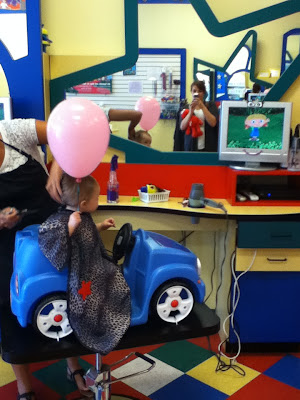 I was fully expecting having to hold Georgia's head and wrestle/bribe her the entire time, but these guys knew what they were doing, and she was having the time of her life. All I had to do was take pictures (which I didn't realize and so all I had with me was my Ipod). 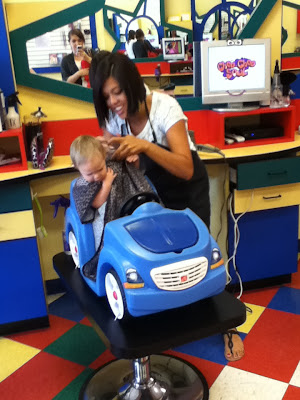 ...Okay, so maybe she didn't love EVERY second of it. 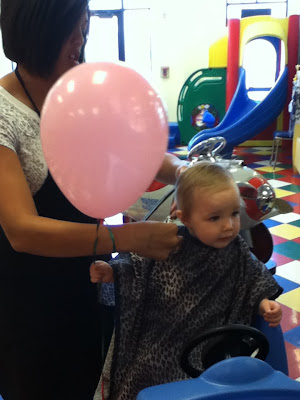 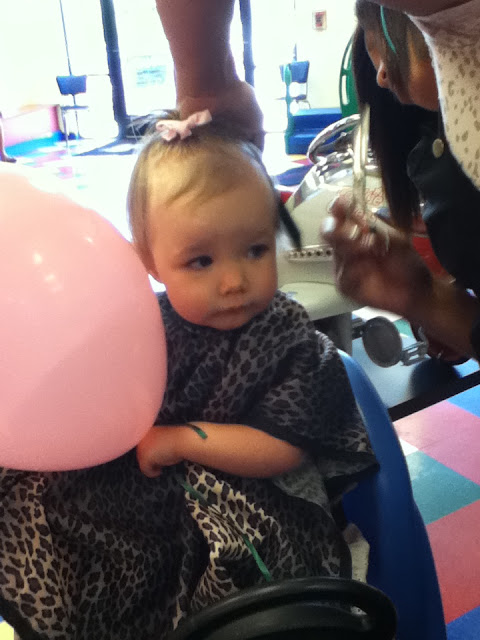 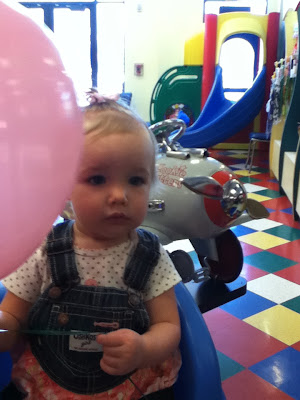 They gave her a balloon and danced Barbies in front of her face, and helped her dance to the music on the Disney channel they had blasting. When they needed her to look down, they had her honk the horn of the car she was in. Brilliant, I tell you. Brilliant.
Her favorite part had to getting brushed off with that big, black brush. 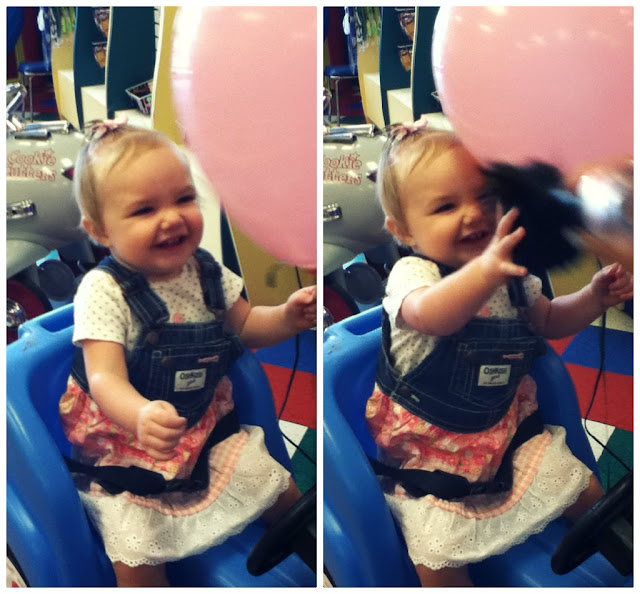 Or maybe is was just the balloon. 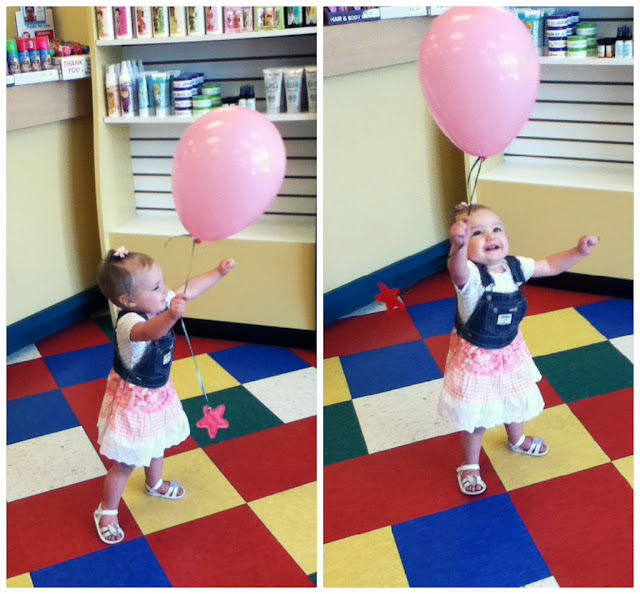 I was pleased that they gave her a new hairstyle- a fountain pony on top of her head. 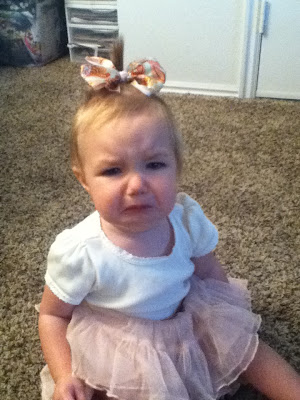 She does not, however, appreciate when MOM does the ponytail. Sigh.
Posted by Carrie Lynn at 8:29 AM